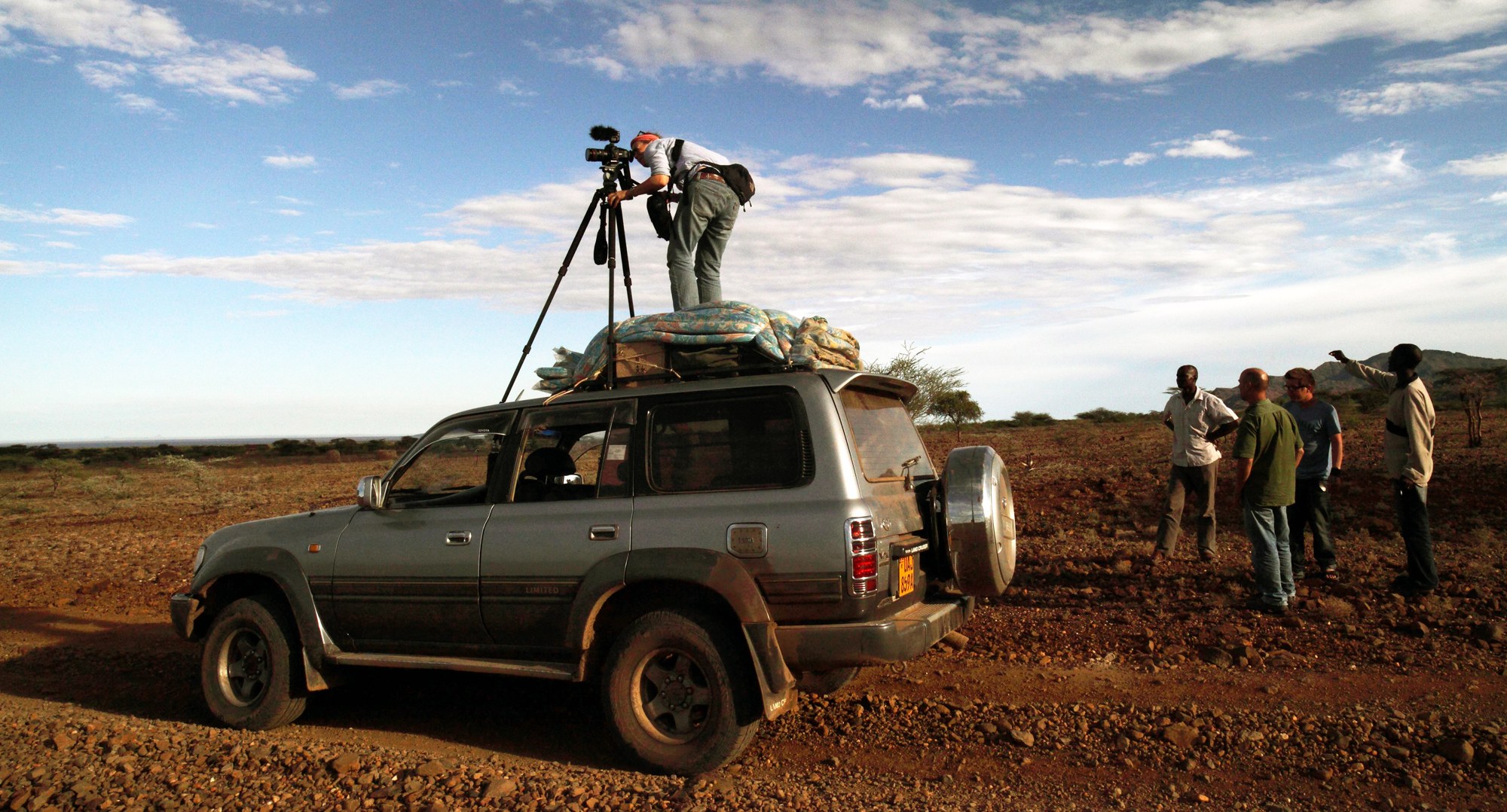 I’ve worked with Singeli Agnew on shoots for Pandora and the Discovery series Weed Wars, which we shot on Sony EX cameras, but I have been especially blown away by her work with the Canon 5D Mark II. 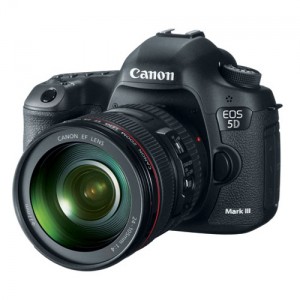 I don’t know what this Mark fellow was thinking, but the 5D is a notoriously difficult camera to shoot run-and-gun, let alone OMB.  The SLR-bodied camera is an ergonomic nightmare for handheld work, and the audio must be recorded separately–big red flags for anyone going out in the field, let alone a field torn apart by drought and war.   But as you can see in this piece, Kenya: Dought Zone, for the Al Jazeera English series Fault Lines, she manages to pull it all off with deceptive simplicity… and breathtaking beauty. 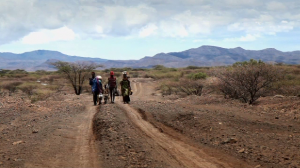 Singeli was kind enough to take a moment from her busy schedule and answer some questions for us.  If you’re planning on doing any 5D OMB work, listen closely.

OMB:  Nice work on the piece for Al Jazeera.  Traveling all the way to Kenya to one-man-band must have been a stressor.  What were your responsibilities?

We were a team of three – Andréa Schmidt, an amazing producer who took care of all the story planning and access issues and has a wicked smart big-picture approach, the correspondent Sebastian Walker, and myself.  My responsibilities were to get solid coverage of these often-unpredictable situations, direct the visual aspects of the scenes when appropriate, light interviews, and record all the sound on a separate recording system.

Seb was really great at being ready to give commentary, so I would often turn my camera to him and simply ask, “what’s going on?” and he would deliver an analysis or translation of the scene in front of us.  Ironically this trip – though it was a 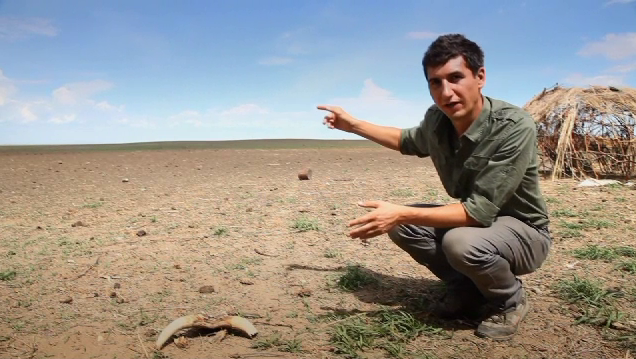 bout drought – was plagued by sudden fierce rainstorms that forced us to literally forge flooded riverbeds with our gear on our heads, with water that reached our waists.  Our car broke down several times, we slept on the floor of huts, carried our food rations in remote areas – it was very adventurous!  It should be noted, Fault Lines is the first news program to commit fully to DSLR production.  It was a bold move, but one that really set them apart.

OMB:  The hand-held shooting was very smooth.  I’ve found that hand-held 5D shooting for more than a few minutes is murder on my forearms and shoulders.  Did you use any sort of shoulder rig?

I actually find the rigs impossible to use!  Your hands are taken away from the camera controls and focus ring – which really limits how quickly you can respond to changing light and distance.   I brought a really fancy rig, and it traveled through Turkana in the back of a jeep, collecting impressive amounts of dust: I only ended up using it one day.  Now I know better, and don’t bring the rig.  I need to have my hands on the camera when shooting with DSLRs….it feels way more responsive.  I use a monopod quite a bit – at its shortest length – for a makeshift steadicam, either suspending it in the air as I move or wedging it into my belt for added stability.   I also rely very very heavily on a Zacuto viewfinder: literally pressing it into my head for stabilization as I take the shot (it is also critical for seeing the screen when working outside).  That and my variable ND filter are the two pieces of gear I couldn’t work without.

OMB:  Okay, now the audio… it’s  impeccable.  How did you monitor the separate sound recorder while filming the interviews?

All the interview audio had both subject and correspondent on lave mics -  so I monitor that just as I do when I’m running sound directly into the camera, with good headphones, adjusting levels as necessary.  I also always have a top mic on the 5D, but during interviews it is only useful as a scratch track for synching the sound and image.  During other scenes, the correspondent was always on a lave mic fed into my audio recorder (which I wore around my shoulder, monitoring constantly).  We put lave mics on almost every person we talked to for more than a few minutes; even in the more natural, verite scenes we took the time to mic the subject.  The top mic fed into the camera’s mini-plug provided a surprising amount of good nat sound and even voice track for people who weren’t miked.  You never really know what you are getting audio-wise on the Mark II, 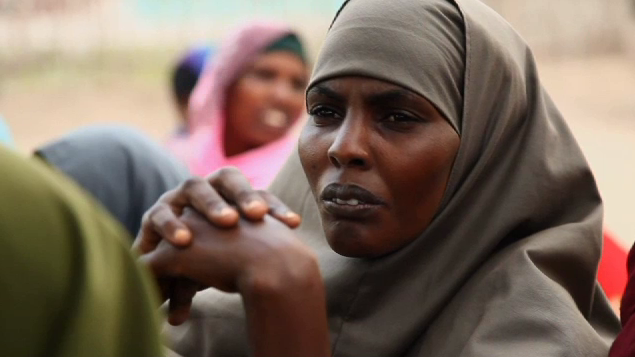 and that is unsettling.  Sometimes, if really important things were happening and and I was relying on the camera’s audio, I’d stop recording briefly and play back my clip just to make sure it was ok – the only way to check sound on the 5D.  That mini-plug jack is the weak link, and if it’s just slightly unseated you will end up with no audio on the camera. Other than that, I found the separate sound almost freeing in a strange way – I essentially had three channels instead of just one.  I always prefer to have a sound person devoted solely to sound recording, but being a small unobtrusive team also gave us access and lent a certain authenticity to the scenes.

OMB:  Let’s talk about the rest of your kit.  I noticed you did a lot of b-roll shots on tripod.  They looked great.  Was this a stylistic choice, or just more practical for the 5D?

Both.  I find that anything that’s not in motion, if the shooter isn’t in motion, looks pretty crappy pretty quickly without a tripod.  The DSLR sway is hard to avoid, and it will make the audience seasick!  Luckily, the producer and correspondent were awesome about carrying the tripod for me and would always have it ready, which helped immensely.   Truth be told, it’s easy to think you are shooting more smoothly than you actually are with the 5D.  The producer was constantly urging me to take the time to use the tripod, and it was a good thing.

OMB:  Did you use a particularly compact tripod?  Were you happy with it?

I like my tripod – a Miller DS20 head with Solo (carbon fiber) legs…but I have to admit I have a love/hate relationship with the telescoping legs.  They are a pain in the ass to set up and adjust (you need two hands, which is often hard, and makes you really appreciate standard legs you can kick out with your foot).  On the other hand, they are light and compact, which really helped me in so many situations.  They can also go really high and really low and handle all sorts of crazy steep/uneven surfaces…like craggy cliffs and refuse piles.   I like the head just fine: I brought extra tripod plates, so I could leave one on the bottom of my long lens to save time.   Little extras like that make a big difference.

OMB:  So smart.  Lastly, I have to ask about media.  How often did you have to download and clear cards?  Did you you it straight to a laptop?

We carried enough cards that we never had to download during the day – just at the night at the end of shooting.  This was essential, as we were in really dusty, rugged environments, moving really fast.  We backed up all the media to three hard drives, via a firewire card reader.  A really clear system for organizing and backing up media is all the more essential when the shoot is taking place in uncontrollable environments.

OMB:  What’s one lesson you can pass on about OMBing with a DSLR camera in difficult conditions?

The biggest thing is figuring out how to wear everything on your body so it works for you.  How to attach the sound so it’s unobtrusive and accessible.  Where to carry your extra batteries and lenses.  So testing your set-up, and where you carry everything is really important.  It’s a personal process – no absolute tricks – and really just requires trying out different solutions I think.  Also, I let the sound on the audio recorder just roll for much of the time  – that was more foolproof than stopping and starting (and forgetting to start again) and the various synching programs like Plural Eyes are so good now that it has yet to be a problem for the editor.  Invest in a really good variable ND filter (I like Heliopan).  Develop the muscle memory to be able to focus the lens really fast.   I cleaned my camera and meticulously reorganized my gear every single night, and so even though we were in really dusty environments I was able to avoid dust on the sensor and other similar issues.  Take advantage of the compact size and the limitations that the 5d entails.  I felt creatively challenged rather than constrained by it!  As a former still photographer, it’s a form factor that feels good in my hands, and I love it despite all its failings, audio and otherwise. My biggest complaint is the compression artifacts – the limitations of the video specs and processor.   That is where a camera like the C300 or the F3 beats the 5D by leaps and bounds.   I’ve been really enjoying shooting with these more high-quality cameras, but I still have a special place in my heart for this great big sensor in this tiny little camera.

This entry was posted in Profiles. Bookmark the permalink.